What’s so special about my Chimney Sweep’s Vacuum? 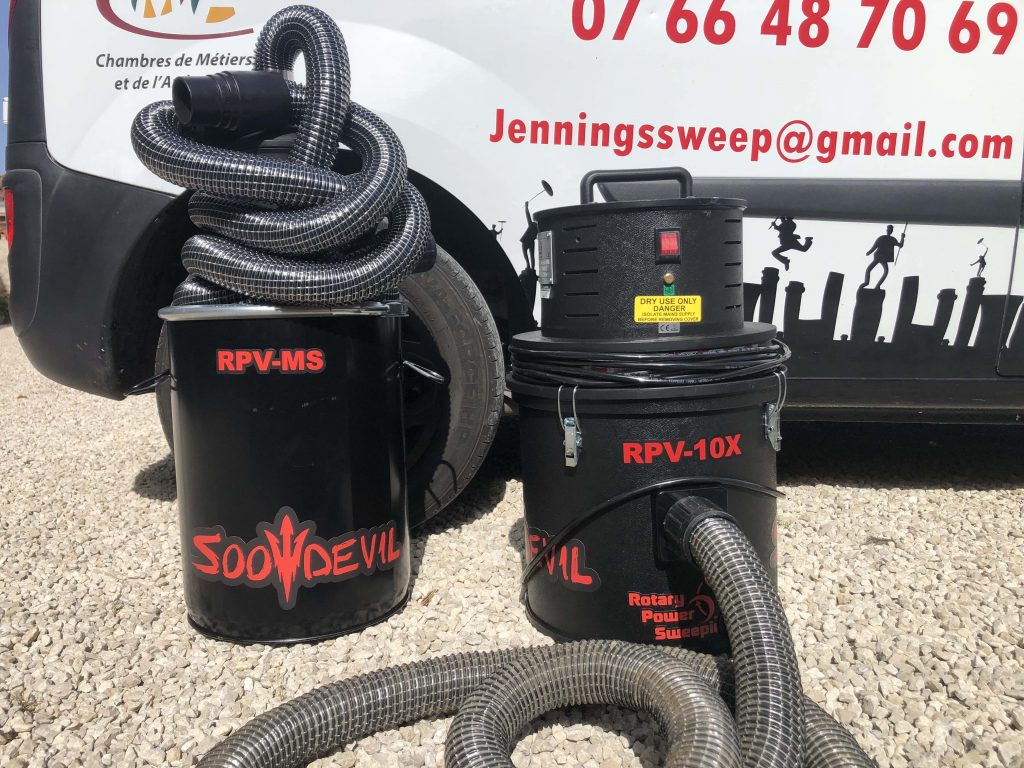 Rods, brushes, tool bag, and a vacuum. These are some of the core equipment list we have come to expect from the modern day chimney sweep. The most familiar of these to most is of course the vacuum. But why does your Chimney Sweeps’ look so different to your own and what is so special about theirs?

The debris which is removed from your chimney is hazardous. It is full of nasty carcinogens and is highly acidic. The larger pieces of debris are easily contained but it is the finer particulates which present the highest risk and it is these that require the highest level of control dust control.

Soot is a by-product of the incomplete combustion which happens every time a fire is lit. It is physically impossible to avoid creating soot each time you light a fire, though it can certainly be reduced through burning good quality fuel under best practices. Soot contains a number of carcinogens such as arsenic, cadmium, and chromium.

Non-surprisingly, Chimney Sweeps are at a high risk of exposure to soot. Your chimney sweep should be wearing a PPE3 standard or higher face mask to filter the particulates from the air they are breathing and they will also be sure to cover any exposed skin, either with clothes or a suitable invisible barrier cream – This is because soot is so full of carcinogens that it can actually be absorbed through the skin.

During your periodic chimney sweep, microparticles of soot and other hazardous particulates will be brought down alongside the larger flakes and powders in your Chimney. Although your Chimney sweep will have taken every precaution to seal your fire front with soot cloths and such, a vacuum is needed to stop these dangerous particles leaving your Chimney and entering your home.

Not just any vacuum

As you can imagine, with soot being so highly carcinogenic, the use of an H rated Hepa vacuum is a mandatory requirement for Chimney Sweeps.

Using a H rated vacuum in Chimney sweeping is important as all the particulates that are not trapped in the filter of the vacuum will not only escape the chimney, but they will be blown into your home via the vacuum’s exhaust. The vacuum must be powerful enough to suck all the particles from the chimney, making sure all the nasties have been filtered out and stopping you from breathing them in.

As cute as he is, Henry hoover just doesn’t cut it when it comes to Chimney sweeping. As a general rule, if you can find it in your local DIY store, it’s unlikely to be up to the job of protecting your health. This is one of the many reasons why it’s well worth hiring a professional to keep those nasty particles out of your home.

How they’re made: Wood Pellets

Top 5 Gadgets you need for your fireplace this winter